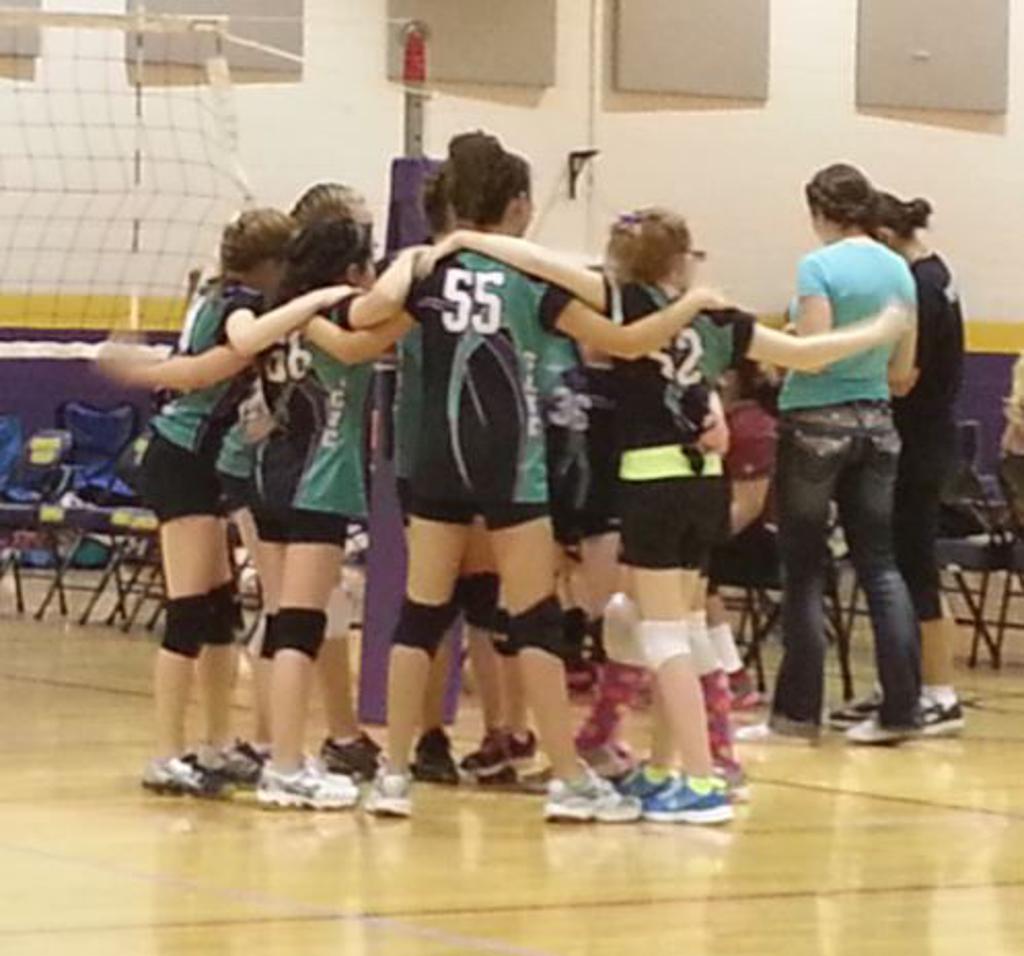 To look up the details of a completed 2019 GCVC Season Registration registration please type in all details exactly as they appear on the final registration.

Garden Creek Volleyball offers a competitive volleyball environment for youth players. An evaluation process (try-outs) places players on teams of equal abilities.  There is no cost to try-out for GCVC and no players under the 16's division will be cut.

Watch our GCVC web page and facebook page for registration season.  Registration will begin around the new year.  Check back often, as GCVC cannot accommodate more than 150 players, forcing GCVC to limit registrations each year.   Once registered, players and parents will receive information about team placements dates and times.

Club volleyball can be expensive.  GCVC has decades of sound financial management to provide our players an affordable option.  Our all-volunteer board strives to provide the best value around.  GCVC, with our outstanding coaching staff, offers two practices a week, approximately seven tournaments, including two championships, for approximately $300 per season.  GCVC hosts tournaments every year to substantially supplement the club accounts, with nearly every dollar going back to our players.

Each player is responsible to provide their own black spandex, socks, knee pads and travel.

See the AAU Age Divisions for details of what age group your player will compete in.

Registration Will Be Closed at 150 Players.

The Garden Creek Volleyball Club has and will maintain a reputation for good sportsmanship on and off the court. Respect for others, a positive attitude and exemplary behavior are trademarks of this club. Therefore, all parents will agree to follow a certain code of conduct. This code will be in effect for all practices, travel and tournaments for the season. Failure to follow this code of conduct may result in dismissal of your child from the Garden Creek Volleyball Club.

1. I will maintain a positive attitude and emphasize the cooperative nature of the sport.

2. I will encourage hard work and honest effort that will lead to improved performance and participation.

3. I will encourage and respect officials and coaches and their integrity.

4. I will be supportive of all attempts to remove verbal and physical abuse from organized volleyball activities, including inappropriate language.

5. I will make sure that my daughter makes it to practices and games on time, communicating with the coach if this is not going to be possible.

6. I will be complimentary of my daughter and other team members and their play.

8. I will encourage my daughter to communicate with her coach in regard to her play expectations, frustrations and problems.

9. I will support and encourage my daughter’s coach, communicating any problems or concerns with the coach in a professional, adult manner. If I feel it is necessary, I will communicate my concerns to a representative of the Board of Directors.

1)  The player will speak or meet with the Coach to discuss the matter.

2)   If the matter remains unresolved, or if the player has reasonable concern that speaking to the Coach will not resolve the matter, the parent and player should schedule a meeting  with the Coach, 24 hours after any incident.  If a Coach is approached by a confrontational parent during a tournament, the Coach has been instructed to delay the conversation until later.

3)  If the matter remains unresolved, or if the parent has reasonable concern that speaking to the Coach will NOT resolve the matter, the parent may speak to the Liaison and the Coach at a pre-arranged time. The player may be asked  to attend the meeting.

4)  If the problem remains unresolved, the final resolution will be to hold a meeting between the Board and all parties involved. Members of the Board must have no personal interest in the outcome of the grievance.  GCVC will examine the parent’s contract, player’s contract, coach’s contract, and GCVC Bylaws to arrive at their decision.  Additionally, GCVC will be in support of sound coaching philosophy.

The purposes of GCVC are to develop and improve competitive volleyball skills on both an individual and team basis; inspire an appreciation of volleyball in the state of Wyoming; promote sportsmanship and respect for the rules of the game; and to build good moral character and competitive spirit.  Competitive volleyball will lend itself to not pleasing all parents and players, all the time.  It is important that players, or players with their guardian, learn to communicate with their coaches about concerns.  Knowing when to communicate and how to communicate with your player’s Coach may be a concern for players/parents at some time during the season.

Often concerns surround the amount of playing time, we expect the player to first talk to the Coach about playing time concerns.  The appropriate way to address playing time is for the player to ask the Coach what they need to do to get more opportunities to play in matches.   Parents can best help their player by assisting them by setting some goals to achieve more opportunities. Additionally, when a parent has a concern that is specific to their own player we also expect them to first talk to their player, then respectfully talk to the player’s Coach at an appropriate place and time. WE EXPECT A PARENT TO GIVE THEMSELVES 24 HOURS BEFORE APPROACHING, E-MAILING, TEXTING OR CALLING A COACH ABOUT AN ISSUE.  IT IS NOT ACCEPTABLE FOR PARENTS TO CONFRONT COACHES AT TOURNAMENT.

Please refrain from negative comments around your player or other players. Young players are impressionable and if they hear complaining about the Coach, the Coach’s style or GCVC policies, this can have an adverse effect on their performance and/or attitude. As a club member, all are asked to follow the grievance procedure to resolve any matters.

The Garden Creek Volleyball Club has and will maintain a reputation for good sportsmanship on and off the court. Respect for others, a positive attitude and exemplary behavior are trademarks of this club. Therefore, all players will agree to follow a certain code of conduct. This code will be in effect for all practices, travel and tournaments for the season. Failure to follow this code of conduct may result in dismissal from the Garden Creek Volleyball Club.

­I will exhibit respect toward anyone with whom I come in contact. This means there will be no verbal or physical abuse toward any coach, player, official or parent from this or any other club, any worker or patron from any school, business or tournament. ­

I WILL NOT USE TOBACCO, DRUGS AND/OR ALCOHOL!!! ­

I will not vandalize or steal property at home or out of town. ­

I will not fight, curse or participate in inappropriate yelling or screaming. ­

I will not throw food, drinks or other inappropriate items.

­I will not engage in inappropriate running, chasing or horseplay. ­

I will remember that I am a representative of my club and will not engage in behaviors that would reflect negatively on Garden Creek Volleyball Club, my coach or my team members.

I acknowledge that I am part of a team and that I will make every attempt to attend all practices and games. I realize that if I do not, that I am letting down all members of the team and realize that abuse of this could result in my dismissal from the team.